Kuwait 3-4 March 2012. In the days before the General Assembly of the USIP
the members of the Executive and Technical Committee held there annual meetings on the 3th and 4th of March.

Important items during the meetings where the changes of the USIP statues and Rules and Regulations. One of the issues was the change of the composition of the EC and TC members and the modernising of the Rules and Regulations. One of the other items was the new USIP sports calendar what was monitored by the both committees. Some new sports where put in this calendar like Golf. The basic rule is that the sports should have a important relation with police work and also a connection with the Olympic sports. There should also be some possibilities of exceptions or new initiatives. 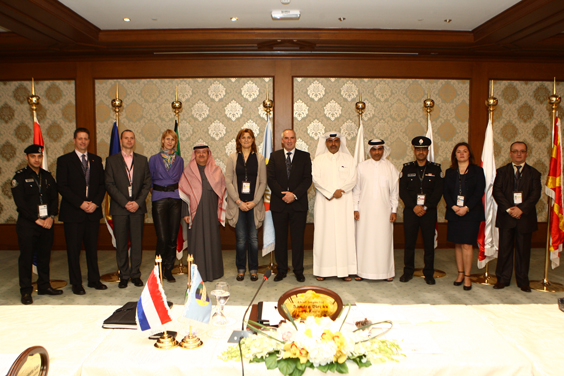 A other important issue was the confirmation with the international Doping rules. All EC and TC committee members agreed that World championships under the umbrella of the USIP should be covered by the WADA rules ( World Anti Doping Agency). Due this matter the USIP will sign a MOU ( memorandum of understanding) with the WADA.