Members of the Pan-American Countries of the UDEPP ( Pan American Police Sports Union) attend their General Assembly in Bogota the capital city of Colombia. 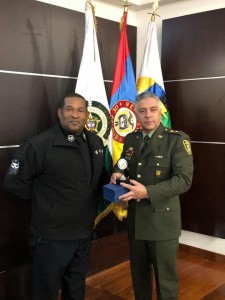 During the UDEPP General Assembly the members approved the modification of the Statues and Rules and Regulations of the UDEPP and discussed about future sports vents in the Pan-American Countries.

The UDEPP was founded in april 2013 in the city of Quito-Ecuador by support of the USIP. After the UDEPP General Assembly the new UDEPP President Brig.General Gonzalo Londoño said that he was convinced that with the development of the past years and welcoming of many new members the UDEPP made big steps in organizing future Pan-American police sports events.