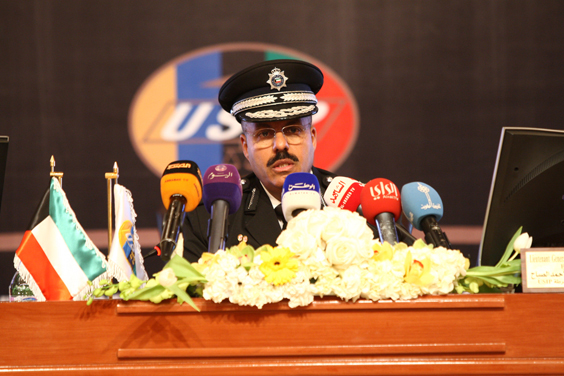 USIP brought the World together

Kuwait 6th of March 2012. The USIP made some major further steps to bring the World together during the 12th General Assembly in Kuwait city.

China and North America (Canada and the USA) signed a membership agreement and so did also Mongolia and Guinee.

The Police Sport Organizations of China and North America represent millions of active sporting police officers. During the General Assembly the representatives of this both continents where also chosen as new members of the Executive Committee of the USIP. 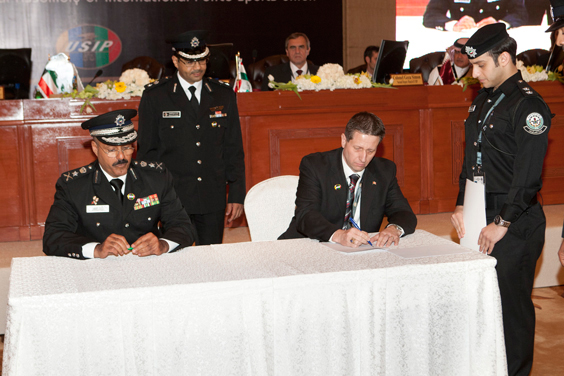 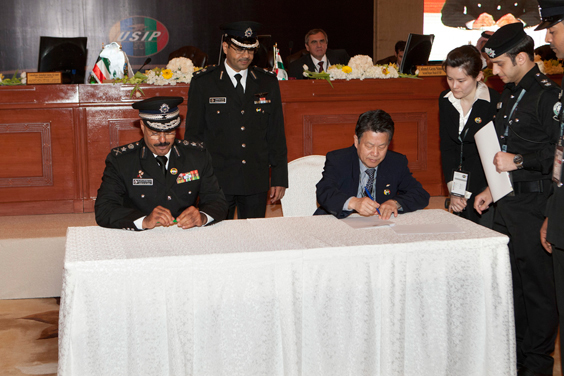 The 12th USIP congress was organized under the patronage and support of his Excellency Sheikh Ahmed Al Humoud Al Jaber Al Sabah, deputy Prime Minister and Minister of Interior of the State of Kuwait.

In his openings speech the President of the USIP H.H. Lt. Gen. Sheikh Ahmad Nawaf Al Ahmad Al Sabah said that in the last two years the Executive Office has managed to materialize a lot of achievements on the level of developing strategies, plans, programs and activities in addition to expansion of the base of joining membership and participation of several countries of considerable weight and effect to the course of the USIP and the organization and hosting of different sports.

Some special guests were invited to attend the General Assembly. Ambassadors from Canada, China and the Netherlands, the President of the IJF (International Judo Federation) where very interested in the future and development of the USIP. 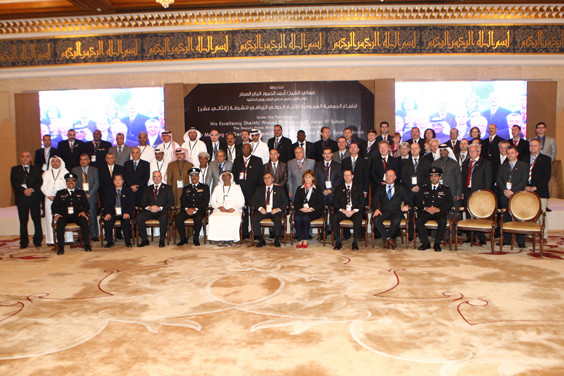 “The members of the General Assembly“.
Photo on top: ” The President of the USIP during his openings speech”.

The members of the General Assembly approved the appointment of the new USIP Secretary General Sandro Dirckx of the Netherlands and the establishment of the USIP headquarters in his country.  Next to the appointment of the SG,  tree new EC members ( Mr. Sun Hangnan from China, Mr. Bill Merrylees from Canada and Mrs. Elisabeth Lippa from Romania)  and three new Technical Committee members ( Mr. Hannes Daxbacher from Germany, Mrs. Monica Iagar from Romania and Mr. Geza Meichl from Hungary  where chosen.

In the second part of the General Assembly some interesting presentations where held about the important values of Police Judo, the upcoming World Championship Judo in Kazan(Russia) and the launce of the new USIP mascot Ikaros.