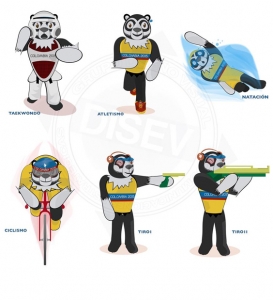 During the Press conference the Colombian organizing committee presented the new Mascot Awirii that will be used for the upcoming World Police games.

All details and registration can be found on the new launched website :
www.juegosmundialespolicias.com