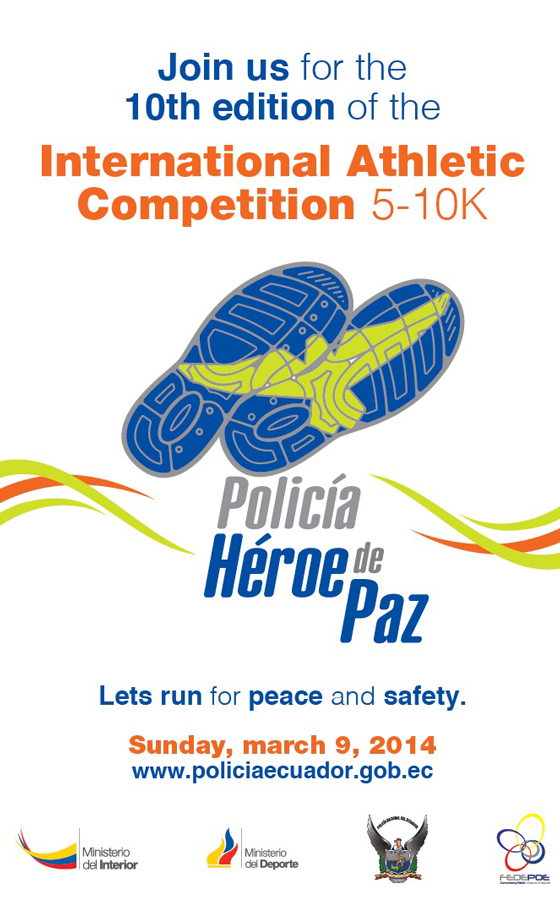 The 10k and 5k shall be held in Quito – Ecuador, on Sunday, March 9th of 2014. The President of the FEDEPOE District General Dr.Hugo Rocha Escobar send a kind invitation to delegations of police forces of member countries of the USIP to participate in this 10th edition of this event. It is nine years since the celebration program of the anniversary of professionalization of the FEDEPOE who is responsible of the organization of this big and important Athletic sport event in Quito. Each delegation shall consist of two police athletes: a man and a woman no matter the age. FEDEPOE will take care of all transportation, food and lodging expenses in Quito, from 7 to 10th of March of 2014.

There is no registration fee.

In order to establish a direct contact and registration, the organizers of the FEDEPOE consign the following e-mail: fedepoe.secretaria@policiaecuador.gob.ec