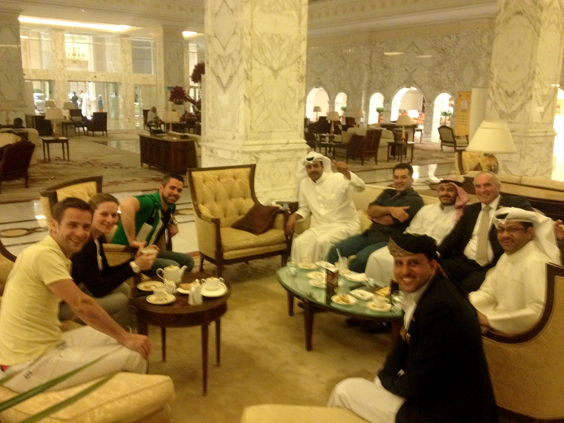 The lobby and surrounding of the hosting Regency hotel was a big meeting place of all USIP delegates and guests of both events. Until the late hours new friends bound new friendships and discussed about their police work and other personal matters.

The members of the Higher Organising Committee and the staff of the USIP Presidential Office made a big effort to prepare and organise these both events within a short time of preparation. The events were of a high professional level accomplished with a finishing touch of great hospitality and details. Delegates and guests were impressed of the high standard of the organised events. Everybody spoke about the warm hospitality and friendship what was brought by the Kuwaiti hosts.

Thereby the USIP members noticed and remarked that the USIP made big progress with the development and future by organising events with a lot of interesting and important topics.

The President of the USIP Lt. Gen Sheikh Ahmed thanked during his speeches the higher organizing committee and his staff and all attendants for their great effort and support. He mentioned that he noticed also a great spirit and friendship among all attendants and guests during the week of the events. The USIP is planning to hold a next World Police Sport and Security event after two years again.