Sao Paulo, 4th November 2013. USIP Secretary General Sandro Dirckx and UDEPP Secretary General and initiative taker and founder Marcelo Rezende visit the evening training of the Pegasus project on location in Sao Paulo. Marcelo Rezende is also the President of the Brazilian Police Sport Federation and Black belt Master in Taekwondo. He started a few years ago his idea to teach Taekwondo to the community people of Brazil try to get them out of their difficult personal situations.

Police Captain Marcelo put his focus on disabled people, youth and they who were living in difficult circumstances. The practicing of Taekwondo brought them hope and gave them skills for a better future. One of the examples is a disabled student who managed to earn a black belt in Taekwondo and finally ended on the Paralympics where he won several medals. He is now one of the volunteer teachers in this project.

Since September of this year Marcelo and his volunteer teachers started on 4 locations in Brazil with the next steps of his earlier started initiative. The new project is called Pegasus. With some outside support Marcelo managed to arrange Taekwondo outfits for his students and made a next step to start on (not ideal) sport locations to practice the first steps of the Taekwondo sport.

No ultimate training conditions
In the beginning Marcelo Rezende did not recieved a lot of support for his ideas and initiative. He spent his private money and free time in his initiative because he believed in his mission. His wife who is also a black belt Taekwondo teacher was at the beginning not very enthusiastic about the activities of her husband. Now after several years she is one of the most active and passionate teachers who spent several days in the week training the students from the Pegasus Project in Sao Paulo.

Marcelo Rezende and his volunteers don’t have the ultimate conditions to teach and practise the disciplines of Taekwondo to their students. An old sport hall in Sao Paulo is the basement of the Pegasus School. There are no mats and the training will take place on the concrete floor of the old sport hall. Undue these simple circumstances the students are enthusiastic and driven for their sport. 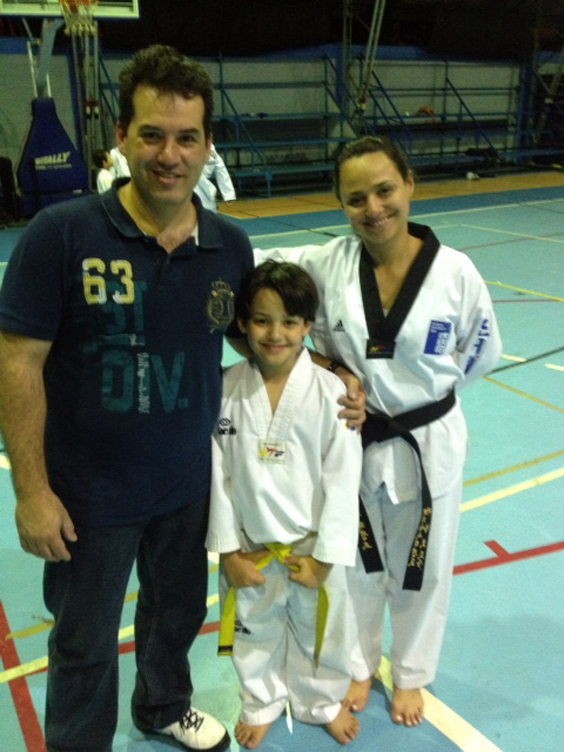 USIP Social projects
Last year the USIP announced that they will start to support Social Projects worldwide to connect Police to the Community by Sport. Beside the Brazilian project a Judo Project in Ethiopia under the name of “Judo for Ethiopians” is also started. This Judo project initiative is lead under supervision and passion of USIP TC member and Judo 6th Dan Black belt Master Hannes Daxbacher from Germany. On 2 locations in Ethiopia Judo Master Hannes Daxbacher started his activities to encourage judo to local youth and people of Ethiopia. Daxbacher had also the experience with difficult circumstances at the start of his project but he believes also in his mission. His students are also very driven and enthusiastic to follow the judo lessons. Some of them travel 800 kilometres in Ethiopia to attend the judo lessons!

Impressed and support
USIP Secretary Sandro Dirckx was impressed about what he saw en discovered during his unexpected visit at the training evening of the Pegasus project. “There was no preparation for my visit but the smiling faces of the students and their passion for the sport says me enough about the importance of this project. The USIP will seriously consider how they can support the project in the future to improve the training circumstances of the Pegasus students and other worldwide projects.”