Bogota, 26th of September.
Today the last preparations take place before the start of the 1st USIP World Police Games at the General Santander National Police Academy in Bogota. Attending athletes and other members of the several delegations could register themselves officially at the registration stand at the academy.   Later today, the official openings ceremony starts at six p.m. local time. Hereafter the games can start officially. More about the opening ceremony will be published on this website soon. Below you will find the schedule of the 1st USIP World Police Games. 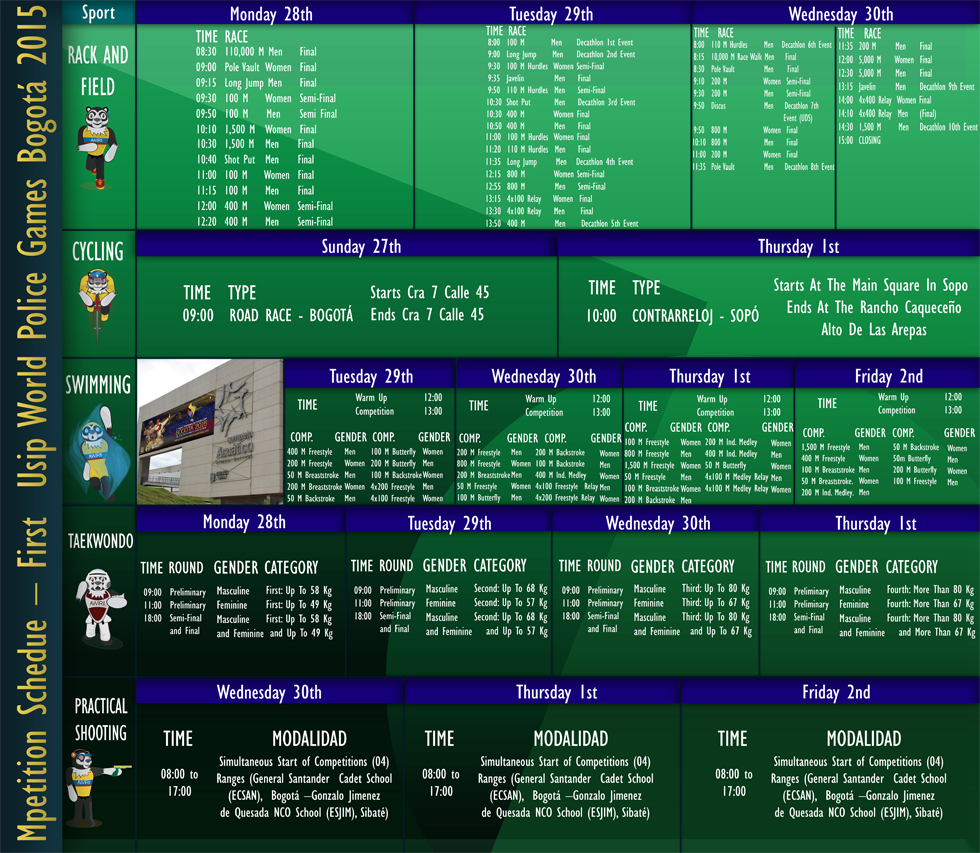