The First World Police Sport and Security Conference ended its functions on Tuesday the 25th of March, recommending the establishment of an international police sport taskforce that would address the perennial problem of hooliganism at sports events. Among a number of recommendations which the conference proposed today is paying attention to the psychological well-being of police personnel who are assigned to the duty of keeping order at sporting events, said chairman of the Conference’s science committee Col.

Khaled Al-Najjar, Deputy Secretary General of the USIP in remarks to KUNA and the media. 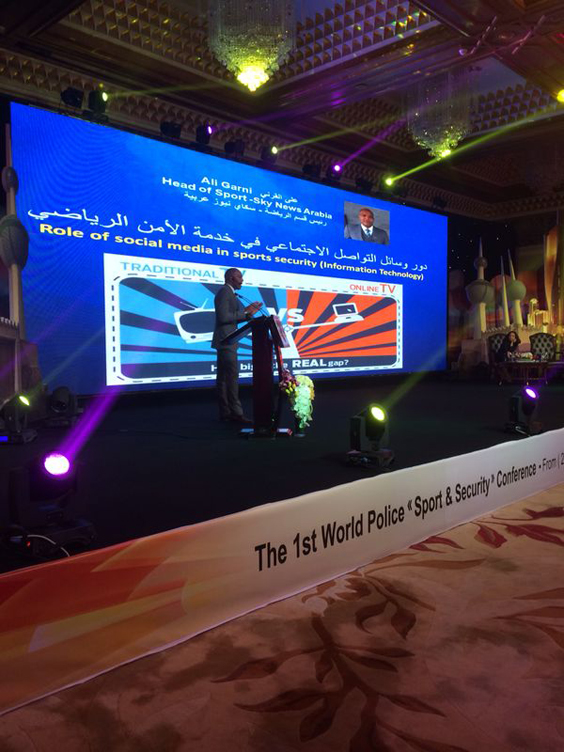 Another recommendation underscored the imperative to have the law enforcement disseminate public information on the negative aspects of attending a sporting event that might degenerate into chaos and disorder, said Col. Khaled Al-Najjar. He added that it was also necessary to boost the efficiency of police academies and institutions in the preparation of law enforcement personnel who should follow an apt regimen of eating healthy food and doing plenty of physical exercise.

In addition, he said the conference recommended that when constructing sports arenas and stadiums, much care would have to be given to ease the work of police officers who must be there to keep peace and order among the fans. He further said that the attendees recommended that a scientific e-magazine be published regularly by the International Police Sport Union(USIP) as a conduit to information exchanges among specialists in sport security and to tap into social networks as a means to keep abreast of any untoward event that might break out at sporting arenas.

Moreover, Col. Al-Najjar said the conference strongly recommended resorting to retired law enforcement personnel to stem from their expertise successful ways to deal with public disorder at sporting events. Today’s conference, which lasted two days, was organized by the support of the Kuwaiti Ministry of Interior under patronage of the Emir of the State of Kuwait and with the participation of delegations from 50 member countries of the USIP.