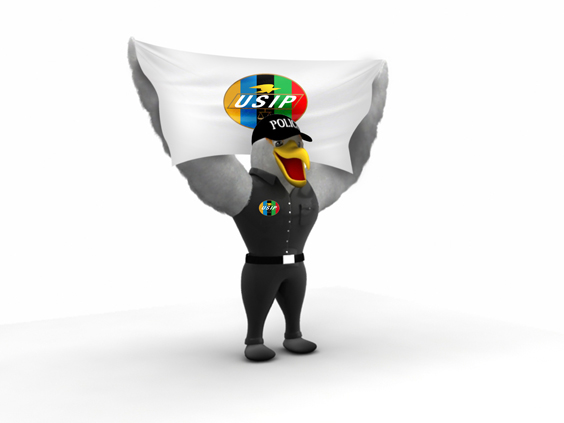 During the 12th USIP General Assembly the Head of the PR and Protocol of the USIP, Major Tariq Al Sadanni presented the new USIP mascot Ikaros.

In several World ( sport) organizations a mascot is a well-known figure which illustrate the goals and identity of the organization.

The idea of the mascot Ikaros is based of the Falcon which has a central position in the logo of the USIP.

In his presentation speech Major Al Sadanni gave a explanation about the idea behind the development of the new mascot Ikaros. You can also find the skills and qualities of the falcon in the personality and duties of a police officer.

Samples and give a ways of mascot Ikaros shall be provided at the several World Championships of the USIP. In the future some of the Ikaros items can be ordered by the USIP website in belong of charity projects.