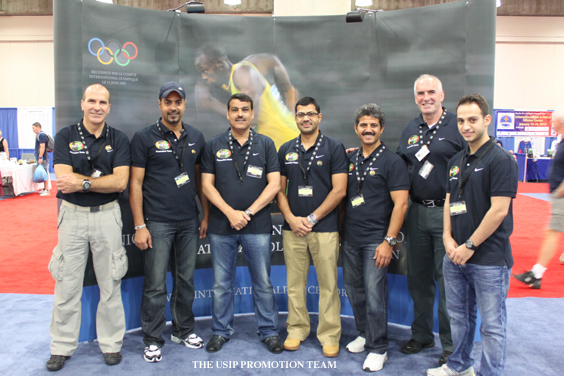 New York September 2011 – Members of the USIP promotion team promote our organization and USIP sport activities during the last World Police and Fire Games in the Exhibition Area of the J.K. Davits Convention Centre in New York. This  WPFG event in New York was one of the biggest events in the last past years with more than 15.000 competitors from all over the world. A big chance for the USIP to promote world wide police sport and our organization!

Unfortunately Hurricane Irene succeeded to spoil some sport activities during the WPFG but this did not spoil the drive and enthusiasm of our USIP promotion team! 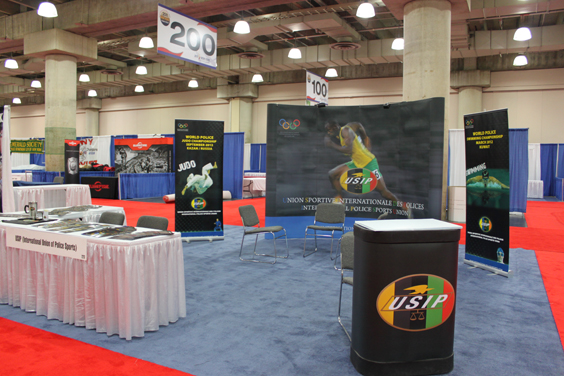 A view of the USIP booth

In the months before the exhibition the USIP promotion team prepared our presentation very well. New USIP banners, give a ways and flyers were specially developed for this WPFG exhibition. 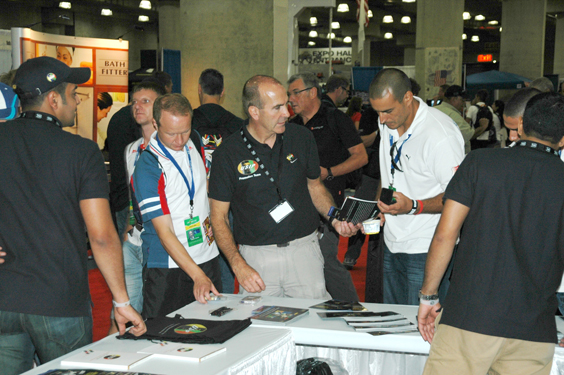 A lot of visitors at the USIP booth

During the 4 days Exhibition a lot of police sport man and women were attracted to the booth of the USIP. The booth was located nearby the registration area of the WPFG where more than 15.000 competitors has do there registration.  A lot of visitors were interested in the sport activities of the USIP and specially about the coming world championships of Swimming and Judo in 2012 in Kuwait and Russia. The USIP promotion team was focused to promote this two next world championships at this exhibition. The team embers answered a lot of questions and gave explanation and information about  the USIP to visitors.  Representatives from other police sports organizations were very interested in the range of USIP sport activities. Police sport man and women were invited to join the USIP and to compete into the next upcoming championships.

The USIP and the promotion team are looking back on a successful presentation of our organization at this WPFG exhibition in New York.