The delegation of the USIP Technical Committee (USIP TC)had meetings with the organizer of the 2nd USIP World Police Service Pistol Championship wich will be held between 12-19 November 2018 in Guangzhou-China. This World Championship will be organized by the Guangdong Provincial Police Sports Association in cooperation with the Vanguard Sports Association of the Ministry of Public Security of China under the umbrella of the USIP.

During the visit in Guangzhou the members of the USIP TC discussed with the organizers the ins and outs of the upcoming championship.  Thereby  visits were made on location at hotel accomodations (5 star) were all shooting delegations shall be hosted. The Guangdong organizers showed also the brandnew build shooting range and accomodations with 11 stages which are nearly finished for the upcoming championship. Delegations from more than 60 countries will attend the upcoming 2nd USIP World Police Service Pistol Championship in Guangzhou this year.  On behalf of the USIP TC delegation Secretary General Sandro L.Dirckx said that they have full confidence that the Guangdong organizer is fully capable and equiped of making this world championship to a complete and succesful one. 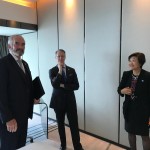 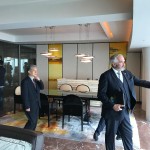 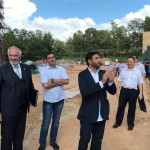 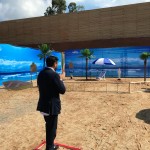