The first cycling disciple of the 1st World Police games has won by a Colombian athlete. Willinton Bostamante won the golden medal today with a time of 3 hours 4 minutes and fifty-eight seconds. Bostamante received the golden medal by the hands of the President of the USIP Lieutenant General: Sheikh Ahmad Nawaf AL-Ahmed AL-Sabah

The length of the cycle route of today had a total of 119.6 kilometres throughout the city centre of Bogota. It was a though race for some athletes, who had problems with adjusting to the circumstances in Colombia.
The media was fully present and the race was even live-broadcasted on Colombian TV. 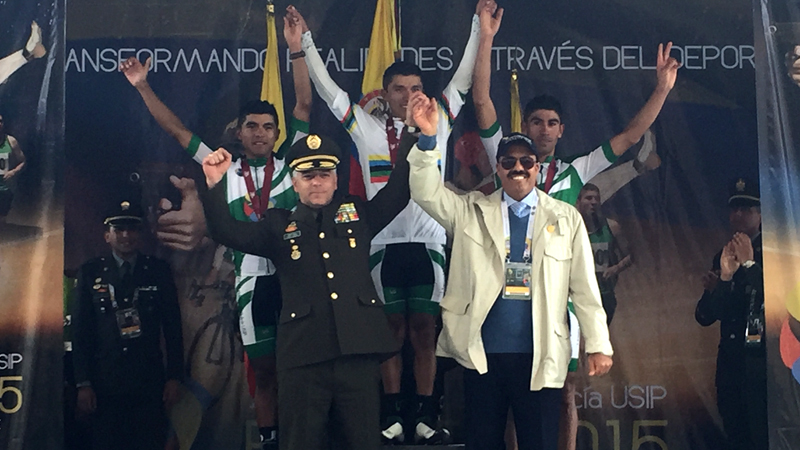